It worked, in a way, since people stopped asking me about the contents. Instead, the question was usually: “Whoa, did you do that yourself, like, when you were, like, totally baked?” which is, admittedly, more interesting, but hardly conducive to my intended aloofness.

So I got a new case, and started working on zingy one-liners instead. Here’s a good one for the South, parts of the Midwest, and Texas:

… and they will depart quickly. Do not try this one in California.

“What’s in your suitcase?”

This one can go over less than successfully.

When I’m exhausted and jetlagged, and someone chortles (in an airport!!), the perennial favorite, “Is that a machine gun?? Huh huh huh,” and ignoring doesn’t work, I have taken to politely saying, with no hint of an accent: “I’m sorry, I don’t speak English.” Works every time. 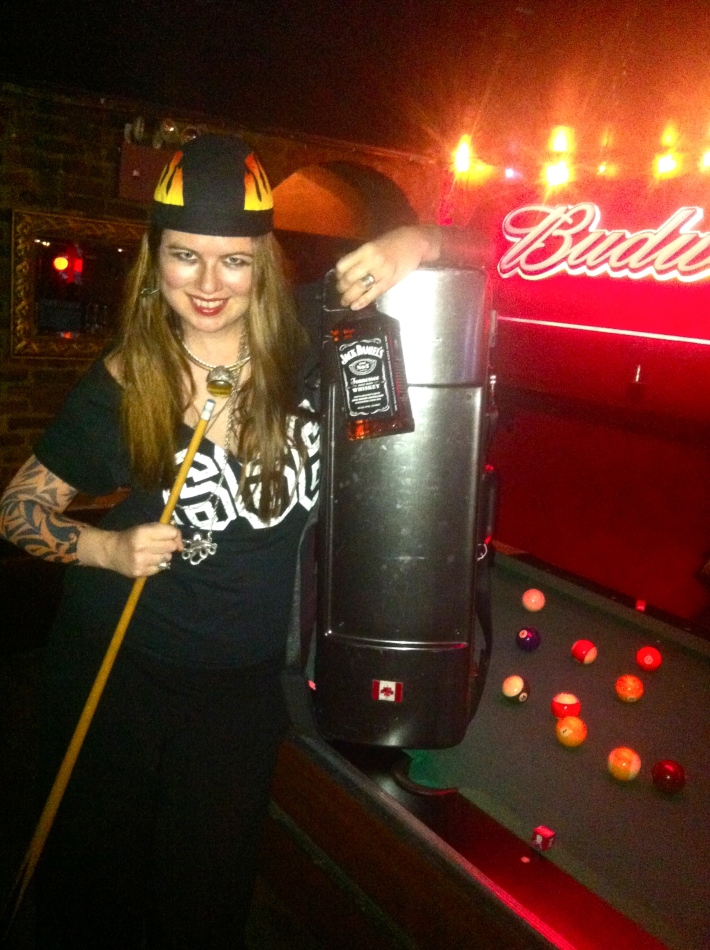 This one works because you are suddenly seen as a pool shark, and pool sharks have a certain reputation, which, should one’s progeny be emulating, one probably wouldn’t want to talk about.

Whereas folks tend to think of violinists like this:

Interestingly, this all seems to apply mostly to the good old US of A. Canadians tend to have so much respect for personal space (which includes property) that even if they wonder, they don’t ask. I might hazard a guess that, in Europe, they know what it is, so have no need to ask.

You may wonder why this is a pet peeve of string players, but think about it. If you are a vet, you don’t carry around a horse-shaped medical bag, scientists tend to leave their beakers at home, and mimes most likely talk to gate agents. Very few jobs are immediately apparent to assumption, require insane amounts of travel and have the added disadvantage of not being taken very seriously in some parts of the world. That adds up to a craving for anonymity, which, until someone invents a fold-up violin that fits into a briefcase, we won’t enjoy.

At least violinists are spared the size-related jokes that cellists have to deal with: “You taking that to the morgue?” “You got a body in there?” “That a sarcophagus?”