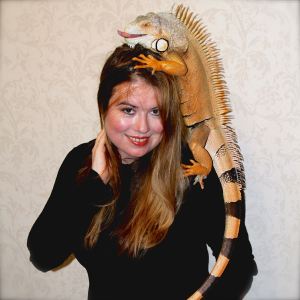 Some folks might remember that a while ago, Zachary Woolfe of The New York Times went to a young violinist’s concert at Le Poisson Rouge, panned it; loads of my colleagues on social media went around reposting the review, usually humblebragging (“Oooh, thank god this didn’t happen to me when I got a Times review!”); and I got mad. The elation evident in the spreading of the printed misfortune of this young man by people in my profession, none of whom were present at the concert, was disappointing, at best.

It seems to have happened again – this time, however, with a television series. Amazon had the audacity to option the rights to a book about classical music in the city, and from that we get Mozart in the Jungle, a series based on a memoir by Blair Tindall, an oboist who played in the New York Philharmonic and many other New York ensembles.

The interesting thing about a TV series is that we can look at aggregate scores, from Rotten Tomatoes’ very “fresh” 94 percent to Amazon viewers’ 4.5 out of 5 stars (from more than 10,000 reviews) and an 8.9/10 on IMDb. Also, the reviews in entertainment publications such as Variety, Rolling Stone, People, The Hollywood Reporter, The Daily Beast and TV.com were overwhelmingly positive, as were nearly all tabloid and broadsheet reviews, The New York Times included.

The sole negative review from a major publication was in The Washington Post, which singlehandedly, in the manner of a Soviet skating judge, brought the show’s Metacritic score down to 73 percent from what would have been over 90 percent. Curiously, this article was not by WaPo’s television, or even entertainment critic, but by their classical music reviewer. Which seems kind of like having a violinist review speakers for Stereophile by testing only solo violin music on them – not really an approach you’d expect to provide a full spectrum of understanding.

That aside, I was annoyed to see that article reposted many times by people in my field, often citing the worst possible quotes from it in their rather too overjoyed status updates.

I suppose it should come as no surprise that there are narrow people in this narrow business who choose to keep themselves so, but this is no reason to jump on the Schadenfreudeian gleewagon, especially when it was evident that almost none of the wagon-riders had even seen the pilot, let alone the series. And in this case, there is no good excuse not to see it. All you need is a computer.

So, my question is, why is it that the classical world is such a schmuckfest* with so many folks reveling in the embarrassment of others? There may be many other, perhaps more schmuckfesty (read “backbiting”) occupations  – for example, law, real estate, politics. But none of those professions deal in the (ideally) expression of sublimity.

I was, and think others should be, elated to see the name Mozart so prominently displayed on buses, subway walls, billboards, and in magazines that have never before featured anything classical.

In my opinion, that is a triumph, and I don’t know why this profession constantly has to stab itself in the gut (its foot was shot off long ago.) The music speaks for itself, and if a show like this generates more interest, how can that not be good?

* A coinage of mine

2 thoughts on “Mozart in the Cannibal Jungle”

Follow Saurian Saint on WordPress.com
Tonight - a world premiere, my Nebraska debut and the first concert for my new fiddle- which I bought 13 days ago from Nebraska-born maker David Wiebe! @omahasymphony @ankushkumarbahl