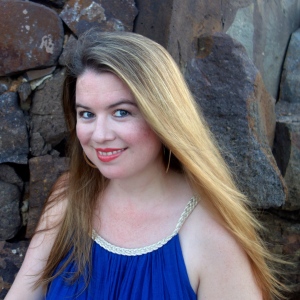 The Canadian Lara St. John performs at the Kammermusiksaal

Lara St. John plays Liszt’s Hungarian Rhapsody No. 2 in an arrangement created especially for her. One can hardly turn eye nor ear away from her. The Canadian is a show violinist, a virtuoso who attacks her listeners with eccentric acerbity and steely severity, only to ensnare them the next moment with cajoling flattery. Lara St. John is Lolita, a femme fatale and a demonic violinist – fascinating and troubling.

In the USA, Lara St. John has achieved star status many years ago in this way. In Europe, on the other hand, things never quite worked out. Why not, actually? Was it the controversial cover of her first CD of solo works by Bach, on which she posed as a stark-naked nymph? Yes, probably. On that photo, which went around the world, she was covered only by her violin. That, however, helped not one bit in Europe: to this day, Lara St. John has been plagued by her reputation as a Lolita violinist – despite the fact that she has now reached her forties, and on this evening, walked onto the stage with an unmistakable baby bump.

The concert marks Lara St. John’s late debut with the Berlin Philharmonic, at the invitation of harpist Marie-Pierre Langlamet. It is a chamber music evening with rarely-heard arrangements for harp, violin and cello. In Lara St. John and cellist Ludwig Quandt, the host Langlamet has two partners at her side who could not be more different. On the one hand the assertive extremist of expression, on the other the pensive gentleman who can do anything, but doesn’t always wish to show it. In Schubert’s Arpeggione Sonata D 821, Quandt pursues an intimate conversation, offering elegance and worldly-wise single-mindedness. In the slow movement, his masterfully rounded cello tone flows lightly and mellifluously.

The fact that the accompaniment of the Schubert Sonata was originally conceived for piano poses no obstacle for Langlamet. On the contrary: our astonished ears perceive how closely harp and cello blend into each other – much more closely than the piano and cello of the original could ever achieve. Langlamet and Quandt have known each other for more than twenty years. From 1993 they played together under Claudio Abbado, since 2002 under Simon Rattle. Their musical friendship grew steadily, followed by numerous chamber music projects. It is surprising that Quandt and Langlamet now even manage to surpass themselves when Lara St. John joins them. In three late-romantic trios by Max Bruch, one hears the cellist discover the lyrical opera tenor within himself. In return, the violinist allows herself to be seduced by Quandt’s serious sound ethos, and seems as if intermittently tamed. The only regret is that Marie-Pierre Langlamet only performed one solo piece – Schumann’s Vogel als Prophet.